The Prison Industry Board (Board) was established in 1983 to oversee the operations of CALPIA, much like a corporate board of directors. The Board sets general policy for CALPIA, oversees the performance of existing CALPIA industries, determines which new industries shall be established, and appoints and monitors the performance of the General Manager. The Board also serves as a public hearing body, charged both with ensuring that CALPIA enterprises are self-sufficient and that they do not have a substantial adverse effect upon private enterprises. The Board actively solicits public input in to the decisions it makes with regard to expanding existing or developing new prison industries.

The Board is composed of 11 members. The Secretary of CDCR serves as a Member and Chair of the Board. The Governor appoints four members (two to represent organized labor and two to represent industry). The Speaker of the Assembly appoints two members (representing the general public). The Senate Rules Committee appoints two members (representing the general public). The Secretary of Transportation or designee and the Director of General Services or designee also serve on the Board. Members are appointed for four-year terms, serve without compensation, and are reimbursed for necessary expenses. The current members of the Board are as follows. 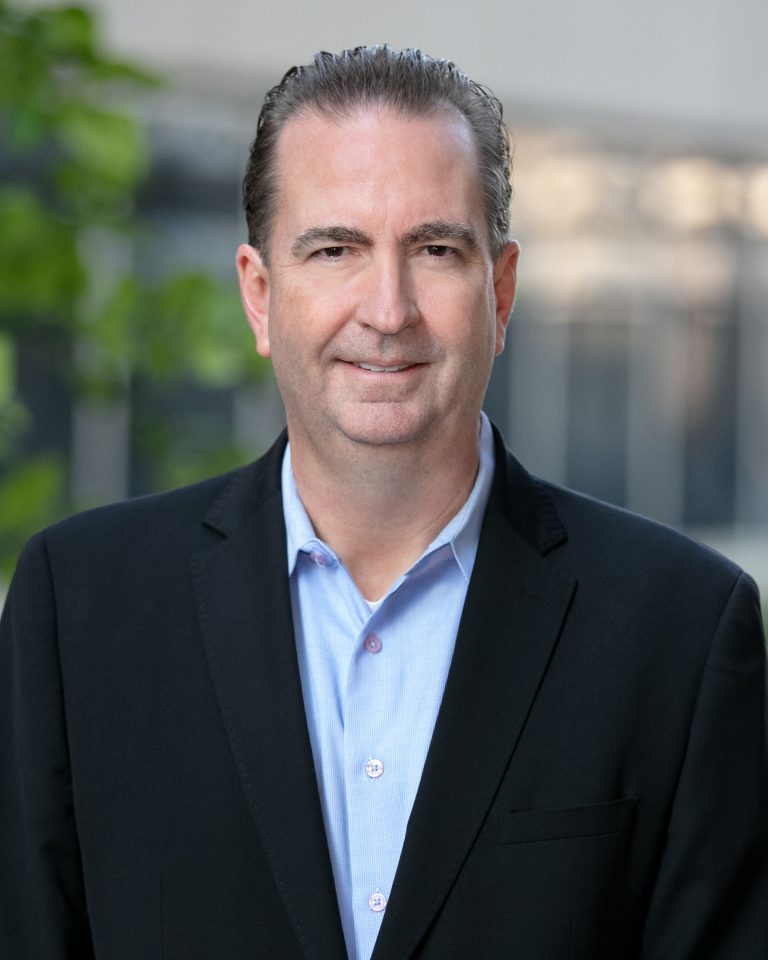 Jeff Macomber was appointed CDCR Secretary by Governor Gavin Newsom on December 12, 2022. His career at CDCR has spanned nearly three decades, beginning as a Correctional Officer at Ironwood State Prison in 1993. Most recently, he served as Undersecretary of Operations from 2020 to 2022. He has diverse experience at CDCR, including leadership roles in custody, administration, and health care.

Secretary Macomber understands the importance of providing meaningful and diverse rehabilitative opportunities to the people in our care and to fostering a correctional system focused on the wellness and professional development of staff.

Secretary Macomber served in various roles at CDCR Headquarters from 1994 to 2004, then as Correctional Business Manager at Richard A. McGee Correctional Training Center from 2000 to 2004. He was Chief of the Program Support Unit and Transportation Unit from 2004 to 2007, and then started at California State Prison-Sacramento (SAC) as a Correctional Administrator in 2008. While at SAC, Macomber served as Chief Deputy Warden in 2009, then again from 2010–2013, and as Warden from 2013–2016. Following his tenure at SAC, he became Deputy Director of Facility Support in the Division of Adult Institutions from 2016 to 2018. In 2019, Mr. Macomber served as the Director of Corrections Services for California Correctional Health Care Services before becoming the Undersecretary of Administration. In late 2020, he transitioned to Undersecretary of Operations.

Dawn Davison, MS is the former Warden of the California Institution for Women (CIW). She had a 30 year career with the Department of Corrections and Rehabilitation, with the last 7 years as the Chief Deputy Warden and Warden of CIW. As Warden, she instituted many rehabilitative programs and worked with volunteer groups, emphasizing education, life and workplace skills, the maintenance of family and community relationships, successful reintegration into society, and breaking the intergenerational cycle of incarceration. She also placed herself within the vanguard of reform-minded corrections managers by allowing Just Detention International (JDI) and the Riverside Area Rape Crisis Center to bring counselors into the prison to speak confidentially with sexual abuse survivors. She was also the first to bring community college into the CIW and oversaw the first class of inmates graduating with their Associate of Arts degrees.

Since her retirement in 2009, Dawn has remained involved with the prison population through her work as Treasurer on the JDI Board of Directors. Additionally, she is a member of the Board of Directors for the Time for Change Foundation that assists homeless women and children, and works as a correctional consultant on legal cases. 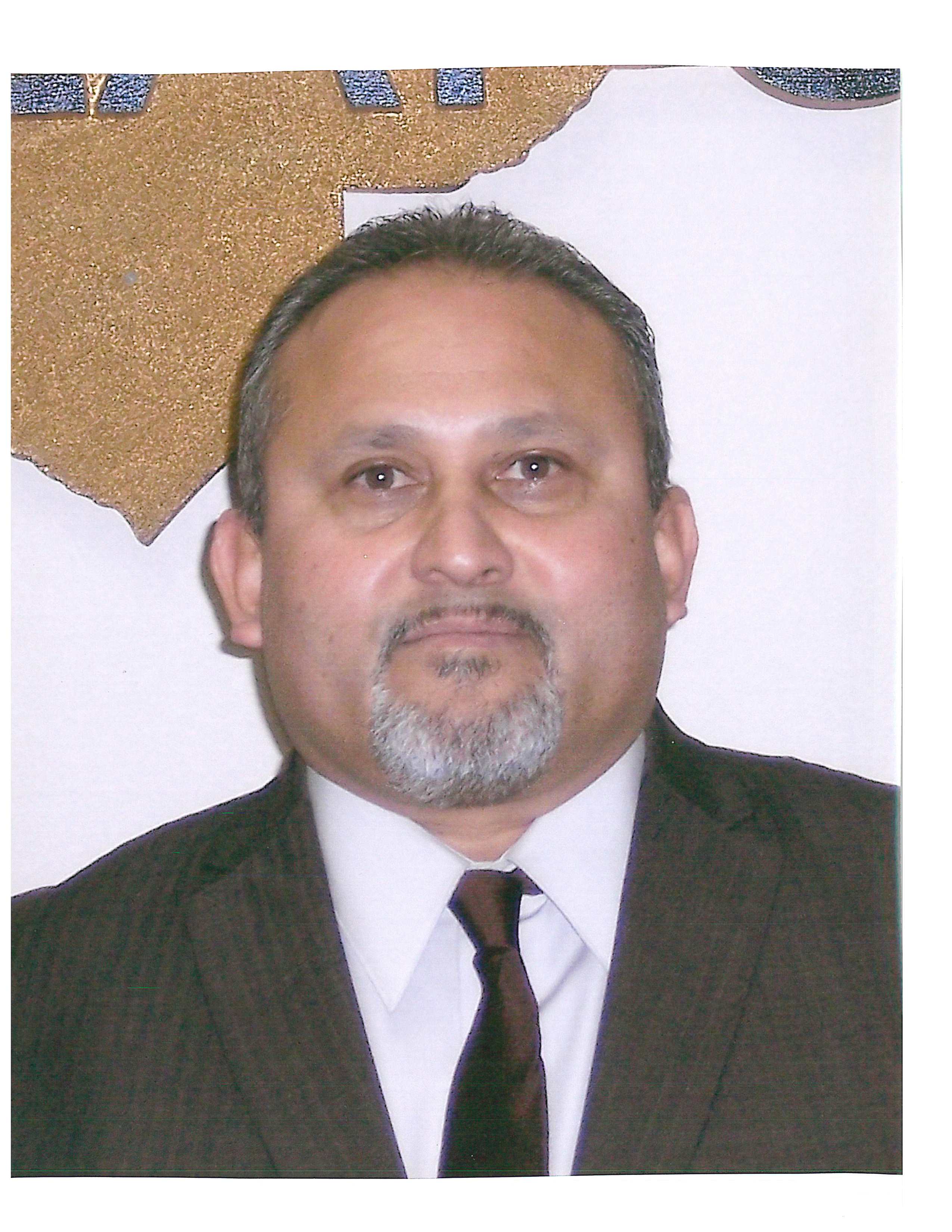 Michael Lopez has been a Business Representative at Sheet Metal Workers Local 104 since 2012. He held several positions at New England Sheet Metal from 1992 to 2012, including Fabricator, Estimator and Shop Foreman. Lopez is a member of the Fresno County Local Agency Formation Commission, the City of Fresno Capital Projects Oversight Board, the Fresno, Madera, Tulare and Kings Central Labor Council, Focus Forward, and Arte Americas. He is a Board Member of the Madera County Workforce Development Board and President of the Fresno, Madera, Tulare, and Kings County Building Trades Council. 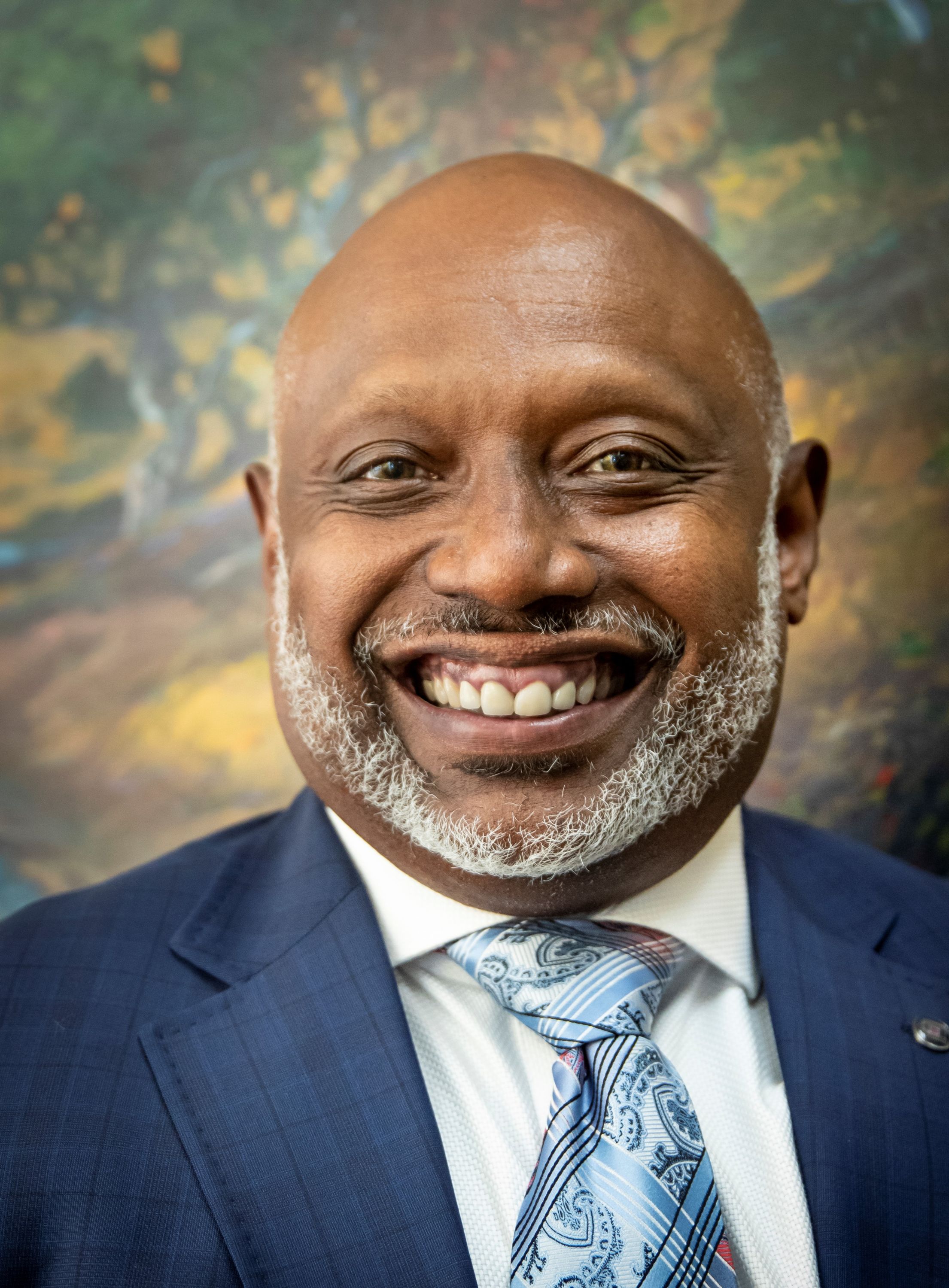 Troy F. Vaughn currently serves as President & CEO, and Emeritus Board Member for the Los Angeles Mission, and is the Executive Director and Co-Founder of the Los Angeles Regional Reentry Partnership. He has been Chief Executive Officer and Founder of Christ-Centered Ministries since 1999. Vaughn is a community-based organization representative for the Los Angeles Public Safety Realignment Team. He earned a Master of Theology degree from King’s College and Seminary and an Executive Juris Doctor degree from Concord Law School.

Darshan Singh currently serves as the Commissioner on the Human Services Commission, City and County of San Francisco Human Services Agency. He served as the Community Investment and Infrastructure Commission until March 2019. He is a partner in the Asiatic Trading Company. He has served as commissioner, vice president and president of the San Francisco Redevelopment Agency. He has served as the founding Chairman of San Francisco’s Parking and Traffic Commission, as a member of the State of California’s Economic Development Commission, as a member of the Mayor’s Taxi Task Force, as an advisor to the Federation of Indian American Associations, and as a member of the Board of Directors of the Indo-American Chamber of Commerce. He has been a vice president, and president of San Francisco’s Council of District Merchants Associations, an umbrella organization of 35 district merchants associations. He currently serves on its Board of Directors. He holds a Masters of Science from San Francisco State University and a Bachelor’s in Science from the Delhi School of Economics. He is an active participant in his community.

Felipe Martin is the President and Chief Executive Officer of Martin Brothers Construction. He previously worked as a correctional officer with the Department of Corrections and Rehabilitation, and as a service representative, and computer analyst in the telecommunications industry. He is a member of the Construction Managers Financial Association, Society of American Military Engineers, American Society of Civil Engineers, and United Contractors Association.

Speaker of the Assembly Appointees

Dr. Aghakhanian has over twenty years of experience in the field of business, education & public service; working for and with a myriad of governmental and non-governmental entities. He is currently a member of Burbank Unified School District Board of Education and is the Director of Development and Alumni and Corporate Relations at East Los Angeles College Foundation. Furthermore, he is an Instructor at Glendale Community College and Woodbury University with over a decade of experience teaching courses in business, management, organizational leadership, and government. Previously, he served the people of California as a Senior Consultant for CA State Assembly Speakers Office of Member Services and as a Senior Representative for former CA State Assembly Majority Leader Dario Frommer. He is the 2010 recipient of President Obama’s “President’s Volunteer Service” Award, 2003 “Glendale Character & Ethics Award,” Armenian Bone Marrow Donor Registry “Volunteer of the Year Award,” LA Coalition to End Hunger & Homelessness “Volunteer Award” YMCA “Service Award,” and numerous certificates of recognition from city, state and federal offices and elected officials. Dr. Aghakhanian received his bachelor’s degree in Political Science from California State University Northridge, Master of Business Administration (MBA) degree from Woodbury University, and a Doctorate in Organizational Leadership from Pepperdine University.

Mack Jenkins currently serves on the Council on Mentally Ill Offenders as well as the Prison Industry Board. Mr. Jenkins previously served as chief probation officer at the San Diego County Probation Department from 2007 to 2015. He served in several positions at the Orange County Probation Department from 1977 to 2007, including division director, assistant director, supervisor and deputy probation counselor.

Mr. Jenkins was an adjunct instructor of criminal justice at the Rancho Santiago Community College District from 1992 to 2007. He is a member of the National Association of Drug Court Professionals Board of Directors and the Judicial Council’s Task Force for Criminal Justice Collaboration on Mental Health Issues. He earned a Master of Science degree in criminal justice from California State University, Long Beach. 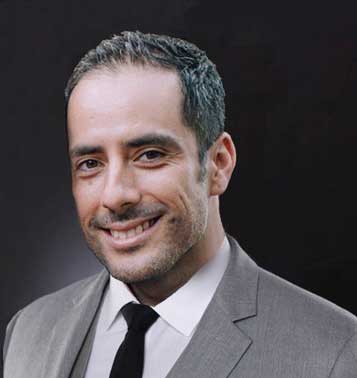 Carlos Quant has over 14 years of experience in fiscal policy and state budget administration in a variety of policy areas, including Health and Human Services, Public Safety, Transportation, and Environmental Protection.

Most recently, Carlos has served as the Deputy Secretary of Budget and Administration at the California State Transportation Agency since October 2020. In this role, Carlos serves as a key advisor to the Secretary on all budget, fiscal policy, and administrative matters related to the Transportation Agency and departments under its jurisdiction. Prior to joining the Transportation Agency, Carlos was the Chief of the Financial Management Branch at the Department of Health Care Services, overseeing the financial operations of the department’s $100 billion budget from 2018 to 2020. From 2015 to 2018, Carlos was a budget administrator over the California Department of Corrections and Rehabilitation’s Rehabilitative Programs. He also served as a Finance Budget Analyst at the California Department of Finance from 2010 to 2014.

Carlos earned a Bachelor of Science Degree in Business Administration-Finance from the California State University, Sacramento. 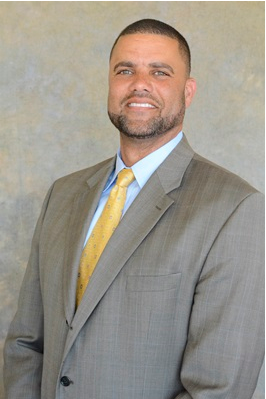 Prior to his DGS appointments, Jemahl was the California Director of Outreach with the Center for Responsible Lending (CRL), an affiliate of Self-Help, a nationwide community development and financial institution. Prior to his CRL engagement, Jemahl was the Northern California Program director for American Sunrise Communities (ASC), a non-profit affordable housing developer affiliated with Henry Cisneros’ City View market rate housing development corporation. Prior to ASC, he served as a special advisor for two Assembly Speakers over a 10-year period managing housing and consumer protection committees. He also briefly served as a consultant for the State Assembly Governmental Organization Committee and as general policy staff for Assemblyman Wesson covering a wide variety of committee and issue areas.

Jemahl earned a B.S. in Administration of Justice from San Jose State University and an M.S. in Urban Planning – Community Development from UCLA. He is a Coro Fellow Public Affairs Program Graduate/San Francisco.